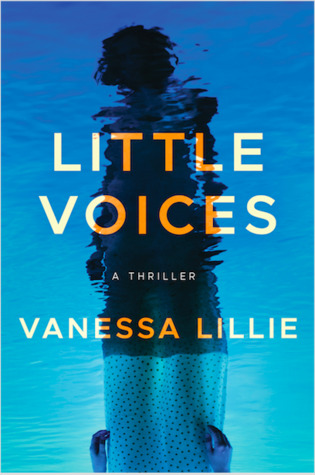 The voice in her head says he’s guilty. She knows he’s innocent.

Devon Burges is in the throes of a high-risk birth when she learns of her dear friend’s murder. The police quickly name another friend as the chief suspect, but Devon doesn’t buy it—and despite her difficult recovery, she decides to investigate.

Haunted by postpartum problems that manifest as a cruel voice in her head, Devon is barely getting by. Yet her instincts are still sharp, and she’s bent on proving her friend’s innocence.

But as Devon digs into the evidence, the voice in her head grows more insistent, the danger more intense. Each layer is darker, more disturbing, and she’s not sure she—or her baby—can survive what lies at the truth.

Among the turbulence of a dark incessant postpartum-depression voice needling at Devon Burges and the murder of her friend the night she gave birth there is an underlying ferocious story yearning to combust!

I read Vanessa Lillie’s smart and expertly executed debut crime thriller with the eyes, ears and soul of a woman knowing the strength that explodes from inside when we are called to seek justice for our friend! “Little Voices” nails this intense desire like a hammer!!

Vanessa Lillie touches on so many variables that women struggle with and weaves them all into this thrilling story with a climactic unexpected ending. Woah! Fooled me! 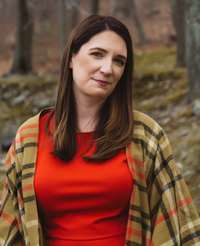 Vanessa Lillie is originally from Miami, Oklahoma, where she spent a lot of time investigating local ghost stories at the public library. After college, she worked in Washington, DC, until moving to Providence, Rhode Island, which she calls home with her husband and dinosaur-aficionado son. Smitten with the smallest state, she enjoys organizing book events and literary happenings around town.

*You MUST FOLLOW Vanessa on IG! She has an Amazingly Fun page. Vanessa and her son share wonderful pics, with Debut thrillers, New Releases,  Sales, etc! She is so much fun!