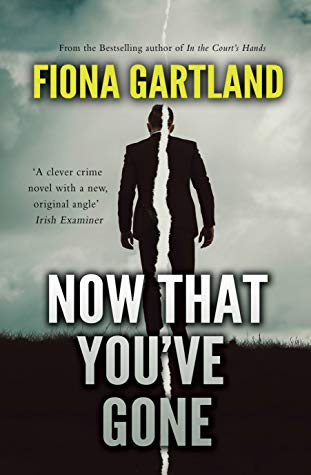 “I’ve witnessed many sordid things in my life. As a stenographer at the Criminal Courts of Justice, I thought I’d seen how low a human being might stoop. But one week into O’Malley v O’Malley and I’d decided there was nothing uglier than a bitter break-up.”

Stenographer Beatrice Barrington is back and working in the family law courts in Dublin when a friend seeks her help. Georgina O’Donnell’s husband, Andrew Dalton, has been murdered and the gardaí are keeping her in the dark. Georgina thinks Beatrice might be able to find some answers through her friend, retired detective Gabriel Ingram.

There has been a rift between Beatrice and Gabriel, but she agrees to do what she can. She contacts him and discovers he now has a lodger in Number 9, Oxmantown Road – a young woman with her own secrets.

Together Beatrice and Gabriel begin to uncover Andrew Dalton’s past. Then a stranger who says he is an old friend of Andrew’s appears and claims that the dead man owed him money. The pressure becomes too much for Georgina, and Beatrice finds herself trying to protect her friend and her family.

But who is she protecting them from?

Of course, I was enamored with Fiona Gartland’s novel “Now That You’ve Gone”, being that it is a story based in Dublin, Ireland. My favorite place on earth! She truly took me on a trip while I read her story and that was glorious.

Only this story was much more the beautiful city of Dublin, it was a story wrapped up in a dead man, court room drama, and two girlfriends trying to sort it all out.

It was intriguing, inviting and; dare I say, even a bit fun to read! They’re were twists I did not expect!

This is the second book in the series, but could definitely be read as a stand alone. I know I would thoroughly enjoy Book 1. Fiona Gartland is a gifted story teller!

I was given a copy of this book by the author in exchange for a fair and honest review.

One thought on “#BookReview: Now That You’ve Gone by Fiona Gartland”