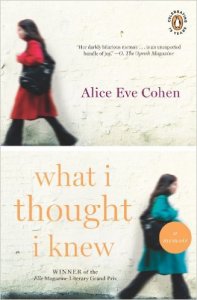 When married to her first husband, Alice was diagnosed as infertile due to having a 2-horned uterus. Being happy and settled by the age of 44 was the perfect scenario for her. She had an adopted daughter named Julia and an adoring fiancé, Michael.

When Alice started having symptoms of an illness that would consume her life with visits to several doctors, she was diagnosed with so many illnesses that would be less obvious than being pregnant. She was told she was in early menopause and put on estrogen therapy, told her belly was getting larger due to the loss of muscle mass at her age, and the possibility of an abdominal tumor. It was during her test to confirm the tumor that they discover she is 6 months pregnant.

Any woman’s life would be turned upside down if they found out they were pregnant under the circumstances of not having prenatal care, let alone knowledge of the pregnancy. Even though a “Mother’s love is unbreakable, even when you are not sure it exists yet” she still have doubts about keeping the child. She is depressed, unsure of herself, and scared to death. Mostly, she has a sense of guilt due to all of the tests she had taken in the past 6 months that could have harmed their child and taking the estrogen, which could cause irreversible damage to the fetus. Being 44 she was already in a high risk pregnancy category. How do you decide what would be best for your child, when you just found out about them and there is a chance they would be born with illnesses or birth defects? With Michael being adamantly against both abortion and adoption they reach the most difficult choice they will hopefully ever have to make. They decide to have the child knowing it was the right thing to do for all concerned.

They have a gorgeous little girl that they name, Eliana. She has Russel-Silver Syndrome, which makes her have an aversion to eating, dwarfing and legs that are not the same size. She would need a lot of care, therapy and surgeries, but most of all she needed love. She received and gave love to the family she was born in to. Their world was made a better place because of her. Gifts come from everywhere when you least expect it, so always expect the unexpected.